This is a translation of Neptune' Oct. 08th (KST) press release. Nimble Neuron (CEO, Nam Seok Kim, Shin Cheol Jung), a subsidiary company of Neptune (CEO, Jeong Wook), announced that on the 11th (KST), they will have a 3rd open Alpha test of their self-developed PC game, ‘Black Survival: Eternal Return’. Taking place in the parallel game world, ‘Black Survival: Eternal Return’ is the 3D PC version of the 2D graphic, 1st generation mobile battle royale, ‘Black Survival’. The player must survive on a mysterious island called “Lumia” to be the last one standing. This test will be the first one to open in Asia, North American, and Europe servers, and the focus of this test will be based on the server stability, testing new characters and new functions, and collecting playtest data. On the open alpha testing, Nimble Neuron commented, “Ever since the beginning, we’ve continued to develop the game through feedback from our discord community. Through many tests, we want to show that we’re implementing the feedback we receive from our community to create a game where we can really communicate with our users. ” The players that partake in the upcoming alpha test will be listed in the game credits. Through the official community discord, a player may receive the game key to partake in the 3rd alpha testing. ‘Black Survival: Eternal Return’ will be released as an Early Access through Steam in early 2020, and the next test is scheduled for late November.

Login Store Community Support Change language View desktop website Black Survival: Eternal Return Fend for yourself and defeat other survivors in unique and exciting top-down Survival Battle Royale gameplay. Become your favorite character and outlast your opponents by combining your wits and strategy with searching and item crafting to become the ultimate survivor. All Reviews: No user reviews Release Date: To Be Announced Sign in to add this item to your wishlist, follow it, or mark it as not interested This game is not yet available on Steam About This Game You will be able to play with characters like the rookie cop Aya, the serial killer Jackie, the bike gangleader Magnus, the expert huntress Nadine, and many more. Each character offers a unique variety of gameplay -- There's close-ranged melee, long-ranged, tanky, agile, crafty, quick-attacking, sniping, and many other types that you can choose from in order to match your own style. Your main goal is to be the last one standing. Your choices will lead you to your end. You can play an intense game of hide and seek during the battle; hiding to avoid your demise and killing when you feel ready to do so. You can decide to focus on hunting wild animals to grow stronger. You can focus on searching and crafting ultimate equipment that will match your character’s strategy. You can set traps and prepare ambushes to cleanly dispose of your enemies. Whatever you decide, make sure it leads you to victory. There are a wide range of items to search for, collect, and craft that will help you survive on Lumia Island. You can craft the best weapons and armor that fit your character, or make food, beverages, and tools that might tip the scales in your favor when facing enemies. Move around Lumia Island to hunt down the other 14 players. Just be careful when running into savage wild animals, especially at night, or stepping into a restricted area where your life counter will hit 0, and your death will be swift and painless. Lumia is a dangerous place to be... There is no easy answer to remaining the last and only survivor. Your skills, knowledge, and tactics will be your only hope for surviving until the end... Make your choices... and let there be glory to the pawns who reach the end of despair... System Requirements Minimum: OS: Windows 7 64-bit Processor: Intel Core 2 Duo 2. 5 GHz Memory: 2 GB RAM Graphics: Nvidia 9xxx / ATI 2xxx DirectX: Version 11 Network: Broadband Internet connection Storage: 5 GB available space Recommended: OS: Windows 10 64-bit Processor: Intel i7 Memory: 4 GB RAM Graphics: NVIDIA GeForce GTX 760 / AMD Radeon R9 280X DirectX: Version 11 Network: Broadband Internet connection Storage: 5 GB available space Additional Notes: Installing the game on an SSD improves loading times. ⓒ2019 Nimbleneuron Corp. ALL RIGHTS RESERVED. Black Survival and Black Survival: Eternal Return are registered trademarks, trademarks or service marks of Nimbleneuron Corp. There are no reviews for this product You can write your own review for this product to share your experience with the community. Use the area above the purchase buttons on this page to write your review. 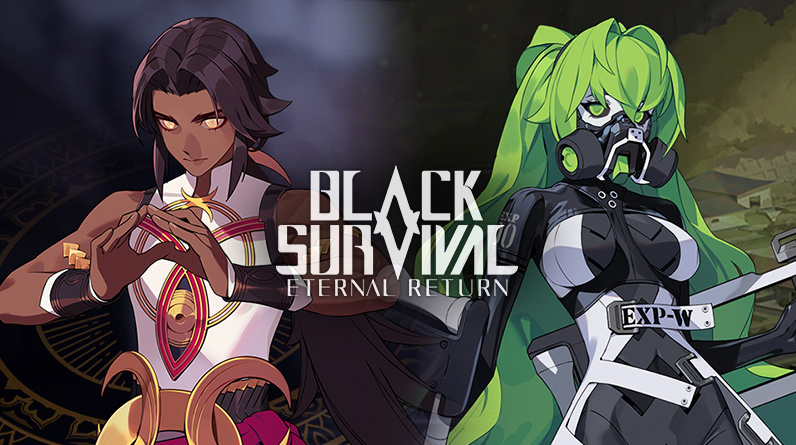 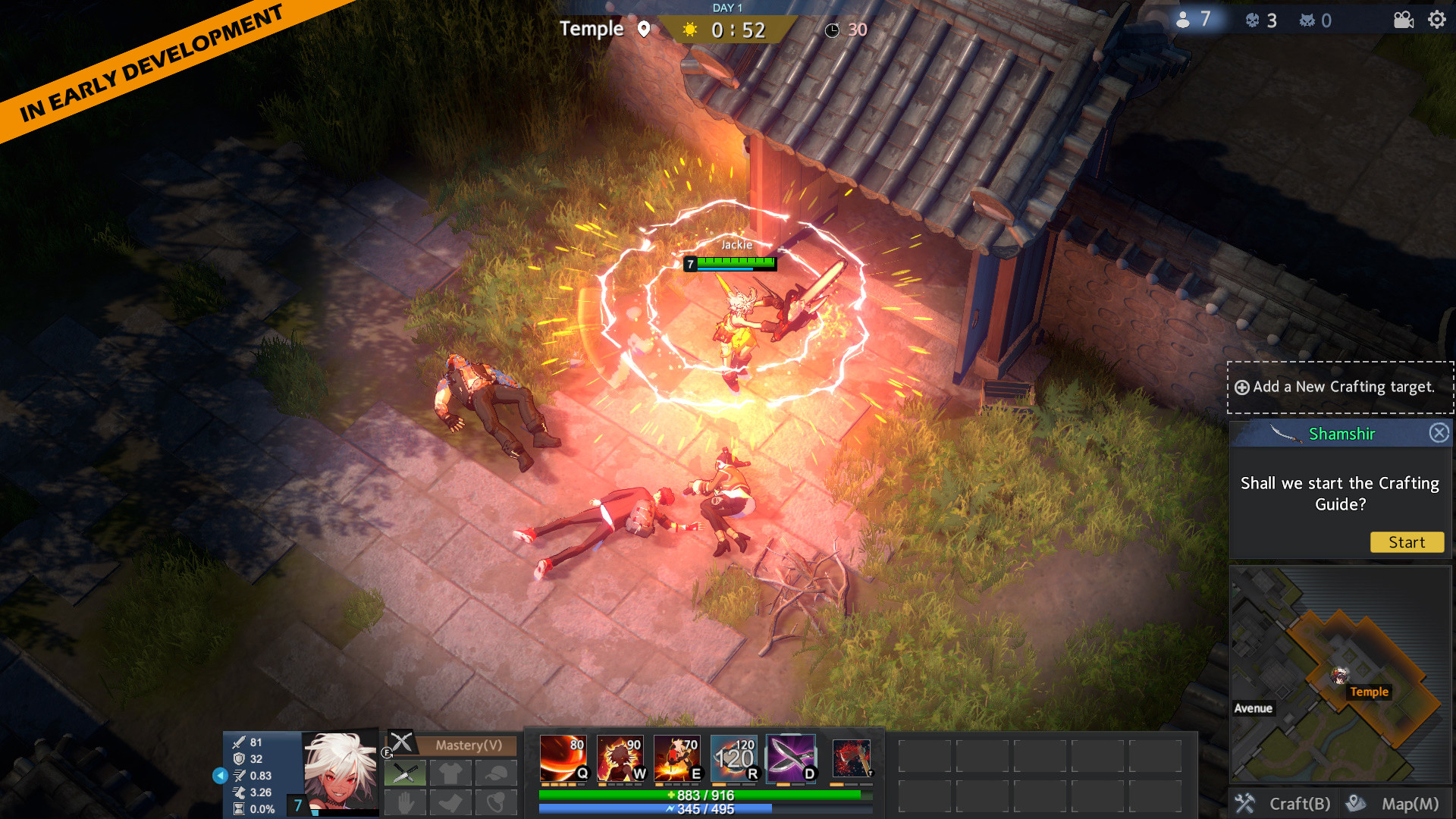 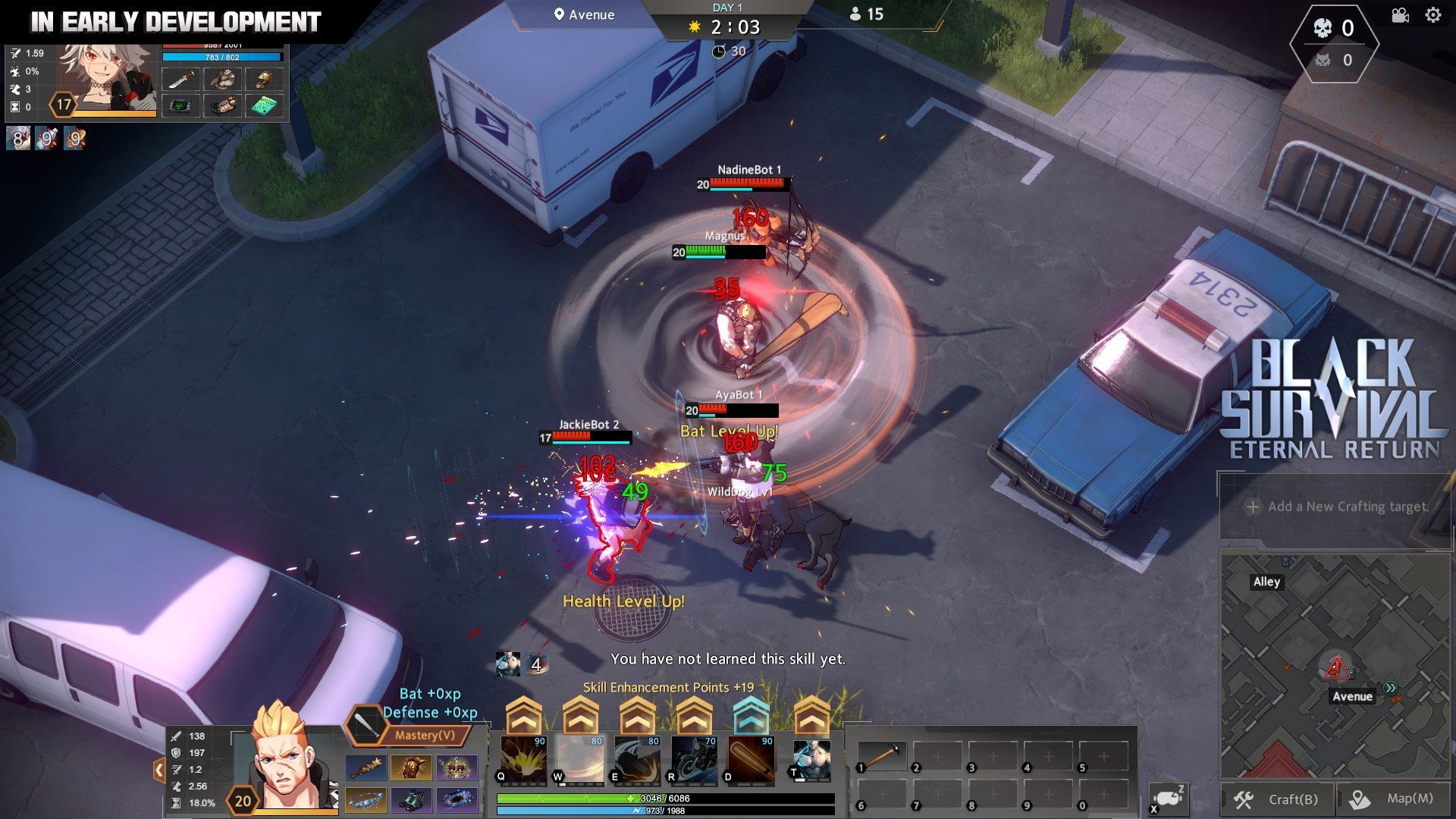 Something went wrong, but don’t fret — let’s give it another shot.

STORE COMMUNITY ABOUT SUPPORT Install Steam login | language Store Page Black Survival: Eternal Return All Discussions Screenshots Artwork Broadcasts Videos News Guides Reviews 23 in Group Chat Fend for yourself and defeat other survivors in unique and exciting top-down Survival Battle Royale gameplay. Become your favorite character and outlast your opponents by combining your wits and strategy with searching and item crafting to become the ultimate survivor. Visit the Store Page Most popular community and official content for the past week. (? ) Loading © Valve Corporation. All rights reserved. All trademarks are property of their respective owners in the US and other countries. Some geospatial data on this website is provided by. Privacy Policy |   Legal |   Steam Subscriber Agreement View mobile website
https://cleanuri.com/5mwWpJ